In this post, I interview Owain Lloyd Williams who is one of our speakers at my next Search London event. I wanted to ask him about his time in China and what he learned from his time over there.

To find out more about International Content Marketing, please purchase tickets via Eventbrite.

1) What made you decide to move to China?

There were several reasons, though above anything as a fresh faced graduate back in 2008 the allure of spending a few years in an unknown yet incessantly varied and ever-changing country proved too strong. I was aware of the opportunity present in the country, and this was coupled with a long-standing fascination and willingness to explore the culture and learn the language. The picture of China painted by our media also has a tendency to be rather sweeping especially for such a complex country with such a history, and, regardless of whether this coverage was positive or negative, back then I felt like I just wanted to find out as much as I could by being there and breathing it all in.

2) How did you first get into Marketing in China?

My first forays into marketing in China were during my initial years in the country as an English teacher. It wasn’t necessarily SEO-based, but I had a bit of creative control over the school’s website and traditional marketing platforms, which included writing English learning articles, educational event organising and hopping around Beijing promoting the school via demo classes among other things. It was when I moved into the media and took up a position as editor of a popular expat online magazine that I got full exposure to online marketing in China. The magazine is in English, with the majority of the site’s content being articles we translated from Chinese social media and news sites. This got me familiar with utilising platforms such as Weibo and Baidu for content research and clocking on to those ever-changing Chinese social media trends, though as our audience was largely expats we had to dig deep among the largely partisan Chinese media to identify and translate China-related articles deemed suitable and interesting for them – certainly a challenging niche! The editorial team also doubled up with the in-house technical SEO team to ensure that what we were producing was both Baidu and Google friendly. It was certainly an enriching experience.

3) Did you have to optimise in Chinese and in English?

During my time in China this was primarily in English, with the occasional demand for social media activity and the writing of articles in Chinese. Ironically, it’s since I’ve returned to the UK that I’ve been fully able to employ the key Chinese SEO skills that I picked up during my time over there, and up until now this has included everything from content to meta data translation, technical audits, keyword research and audience profiling.

4) How Different was Content Marketing in China and Why?

A big question indeed – and hopefully one that I can provide some fuller insight into during my slot at Search London. Similar rules apply in terms of creating content that is shareable, tells a story and is entertaining, though as you’d perhaps expect, one key thing to understand is culture, and on a more micro level, the culture of varying demographics; something that needs to be considered and understood across China’s various platforms.

Take Sina Weibo for example. It’s a beehive of a platform that features a “Hot Topics” button that in my view is a step above Twitter’s “Discover” function in terms of insight. It’s primary user base is educated, tuned-in twenty-somethings who take the levels of peer and brand engagement seen on Facebook and Twitter to new heights, with the expansive “hot topics” hub offering space to follow and discuss trending topics across various categories that shift and evolve with each second. As a result, brands have be more responsive and in tune to their target audiences at a more grass roots level by latching onto appropriate discussions and trends and engaging as such – even the BBC got in the act this week by picking up on the latest Chinese character creation! On a content level, there is some startling innovation and creativity that goes on in China in the content marketing space that I look forward to exhibiting next week that I think we can all learn from, though China as a culture and identity is something that can’t be ignored, with mantras such as filial piety, culinary habits, food safety and education still present in a lot of what is seen.

5) How does Baidu work compared to Google?

Structurally, Baidu takes on a similar appearance to Google though one of the key differences lies in what makes up the SERPs. Baidu has a wide array of built-in features that encompass what Wikipedia, Google Docs, Yahoo Answers and many others all under its own brand package. As a result, around 30% of all Baidu queries are redirected to a related URL belonging to one of its various products. Baidu also takes Google’s affiliate linking pattern to a new level, with sidebar links to related searches, related celebrities and companies, educational resources and more. In terms of its algorithm, there are a few key differences to

Google – meta keywords still count as a key ranking factor while site speed and Chinese server hosting proving vital in terms of ranking well. The age-old mantra of “quantity over quality” when looking at links does still apply to an extent, though recent updates suggest Baidu is itself cracking down on this – it’ll be interesting tracking its future algorithmic path.

6) Did you work with Google while in China?

Fleetingly, yes, though this was until Google pulled out of China back in 2010. Since then Google-wise it’s been primarily Google Hong Kong, which only has a 12% market share in China and is barely used by Chinese netizens. I’ve worked with a few Hong Kong-based clients that has required work with Google HK however, and one thing that always interests me is the increasing presence of Simplified Chinese (used primarily in Mainland China) characters when undertaking keyword research projects, so who knows? We may see Google try and re-enter the Chinese market some time in the future. Facebook have been certainly trying hard since they were blocked back in 2009! 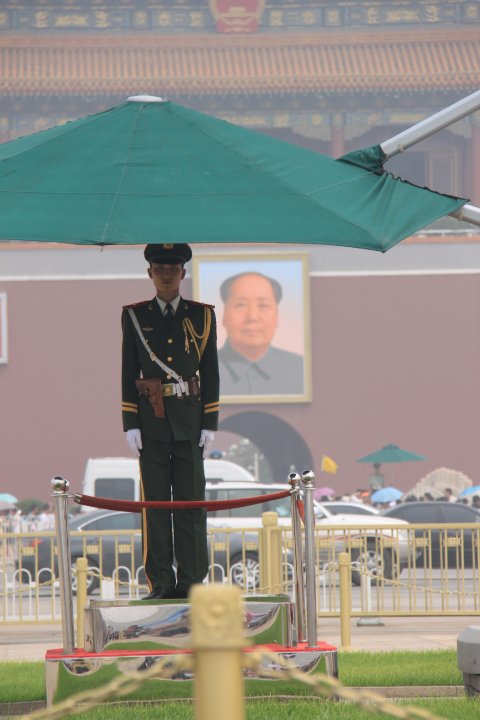 Social media as we know it over here is, for want of a better expression, somewhat cranked up a notch in China. There are currently 629 million active social media accounts across a variety of platforms that each do different things and are rampant hives of ideas, conversation and engagement in their own rights.

Social media in China, although of course heavily monitored and still with a heavy dose of traditional Chinese culture, has allowed for the breaking down of traditional social structures and has paved the way for open conversation on just about every topic under the moon. Companies, ministries, celebrities, the government – they’re all on Weibo these days and users can now get up close and personal with the issues and topics close to them. In terms of analysing audience behaviour and mindsets, Chinese social media allows for perhaps the most reliable insight into what works and what people are thinking in what is, in the non-digital scope, still a somewhat regimented and traditional societal structure.

8) Do you think we should take what you learned in China and apply it to how we do search in UK and USA?

Absolutely. As mentioned, some of the innovation and creativity coming out of China is pretty inspiring. I think one key thing to avoid is to take what we know to be good and effective over here and paint China with a similar brush, assuming that it is playing “catch-up” in terms of content trends and capabilities. There’s a whole different system of language, thought, humour and creative process that is incredibly exciting to explore as it allows us to discover new avenues our side. On many levels, China is very much following its own path and we’ve seen snippets of this emerge in the digital space that to me represent a uniquely fascinating plethora of ideas with opportunity abound.

Why did Built visible change their name from SEO Gadget?

The main motivation was wanting a brand that reflected the entire range of our capabilities, and not just the SEO. Over time we’ve developed towards working on a lot more creative production (content pieces, micro sites etc) in unison with our technical SEO and research work. We still love SEO very much, but just needed a brand to reflect the other parts of what we do. It’s hard to believe, but we’re coming up to a year since the rebrand and the reaction has been fantastic. Time flies!

If you would like to find out more about Content Marketing, please come to my next Search London event. All tickets are sold via Eventbrite.