I was fortunate enough to attend BritMums last month and speak at the event on the second day. If anyone has questions about my SEO session please get in touch. There are so many areas of SEO, it is difficult to cover everything.

There were lots of great presentations over the course of the two days. I really enjoyed the Keynote speaker on the Saturday, Benjamin Brooks-Dutton.  He is the author of the book “It’s Not Raining Daddy, It’s Happy” and his blog Life as a Widower where he talks about bereavement following the death of his wife.  His talk was inspirational and thought provoking and reminded us to not take our loved ones for gran.  Ben concluded the presentation by asking everyone to tweet their #BestMoment of the day. I will always pause to think of what my best moment was every day.

There were also many brands at BritMums marketing their products and services. As it was my first time at BritMums, I wanted to speak to some of the brands and find out more about they work with bloggers in the marketing.

Parragon books had a great cupcake display and drew many bloggers to the stand.  The marketing team were at the event and also encouraged bloggers to sign up to their Read and Blog campaign where they would read one a book a month and blog about it. I am happy to blog, but I cannot commit to reading one book a month.  I had not heard of Parragon before, who the largest illustrated non-fiction publisher in the world.   They have been producing entertaining content for children for more than twenty years. 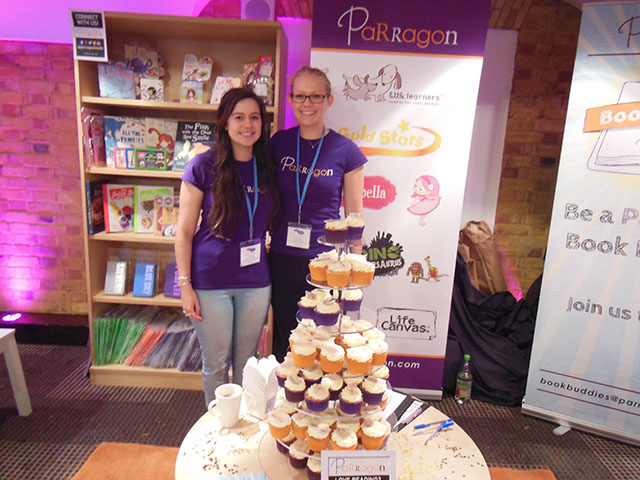 Morrisons was one of the key sponsors of the event and therefore had its own room at BritMums. loved the Morrisons room, it was laid out as if it were in the back garden with picnic benches and snacks on the table.  There was also a chef that showed us how to make different meal plans. 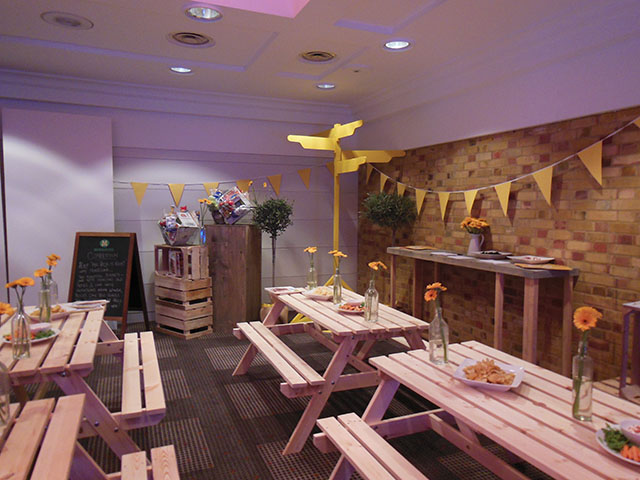 One thing I missed from my time in Sydney is my blender.  I had a Breville, but I could not bring it back with me unfortunately.  So I was very happy to see the Vitamix, which is much more than a blender.  It is even possible to make steaming hot soup as the friction from blending the ingredients heats it up in just a few minutes.  The PR team for Vitamix were at the event to show us how to make the most of the blender and there was even one to be won. 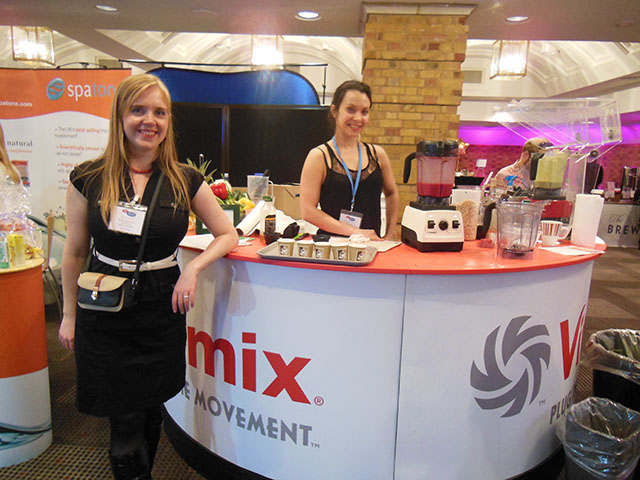 Keyfetch is a simple but unique concept, it helps people find their lost property.  I know I have lost my keys before and wished they would somehow make their way back to me.  This is what Keyfetch does. Keyfetch states that they are the only online lost property service to connect owners and finders directly and anonymously, at a click. 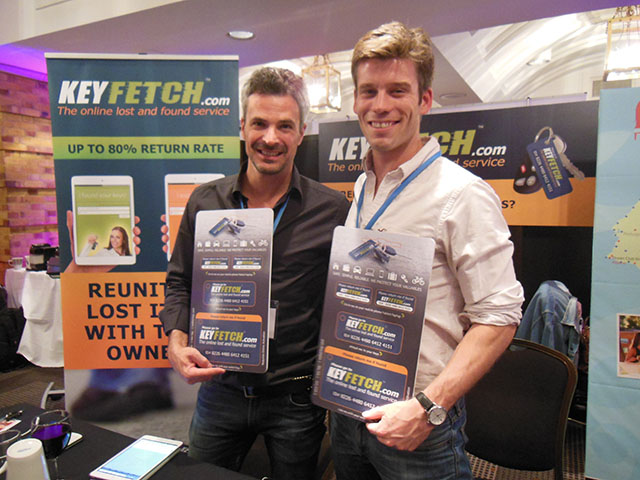 The Highland Spring company were promoting their new sparkling water flavors.  They are known for their still and sparking plain water.  As I am trying to stay away from fizzy drinks, I have been on the look out for flavored sparkling water. I was really pleased to meet the marketing team and see they had three different flavors.  They will be distributed throughout Tesco so visit your nearest store for your first bottle.

I met the team at Mark Warner when I was at BritMums. I did not realise how many Mark Warner resorts there were over Europe. Mark Warner was set up in 1974 with one ski chalet in Verbier, Switzerland aimed at singles and couples.  Now it caters for families of all sizes and has a host of facilities including watersports, tennis as well as kids clubs.  Mark Warner also has a bloggers’ trip from the 9 – 13th of September.  The lucky chosen bloggers will go to the Sea Garden Beach Resort in Turkey. What a great way to review Mark Warner and its resort?

Port Aventura is one of Europe’s biggest theme parks and is located one hour from Barcelona.  The team from Burson Marsteller were there to help promote the theme park using Elmo and Count Draculla from Sesame Street.  I got my photo taken with Elmo in front of the green screen which then had a scene from Port Aventura imposed on the back. 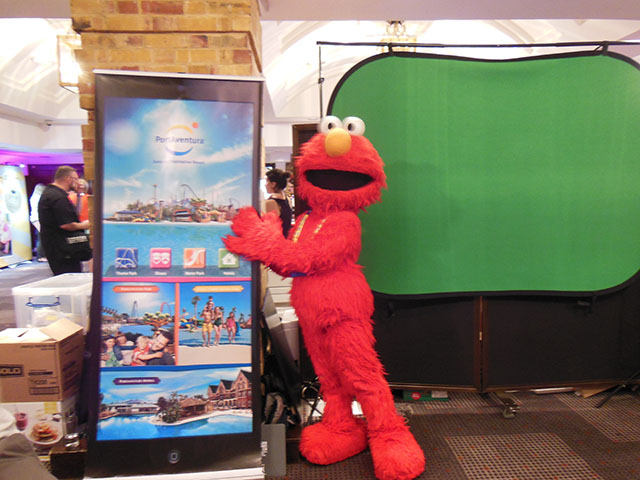 The brand communication agency called Pink Sky were promoting the Picota Jerte.  These are delicious Spanish cherries grown in the Jerte Valley (hence the name).  The valley is south west of Madrid in the Cáceres region.  The team at BritMums had a great stand, giving out cherries to attendees and encouraging them to take a photo in fancy dress which was then tweeted.  There is also a competition for bloggers to win a trip for two to the Jerte valley.   Anyone can enter and they hace to write a post about picota cherries. The one post with the most votes wins.  Simple.  The winner is announced on Friday, the 18th of July.

Memory Box was the idea of Delcan Metcalfe and I loved it. It is an app that you can download and record a video of up to 5 minutes from a series of photos. It is a great way of sharing your moments with your loved ones. Simply upload all your photos and add a voice over and it turns into a film. 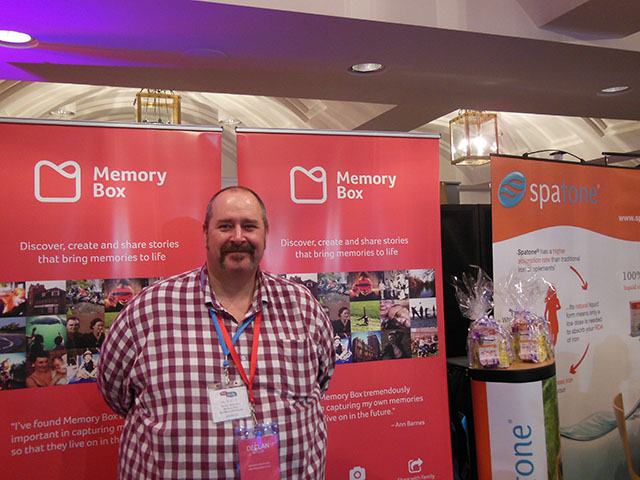 It was great to attend BritMums and especially the BiB Awards (Brilliance in Blogging) on the Friday evening.  Katy Hill presented the awards who was herself a winner, from the Fresh Voice category.  There was an overwhelming number of bloggers who were entered into the BiB Awards and it gave me lots of inspiration for my own blog.  It can be difficult to find the time to spend on your own site, but hard work and creativity pay off and there were 15 winners on the Friday night.  Full details can be found on the BritMums site.

A lot of organisation goes into BritMums, which had more than 700 bloggers attend. I would like to say a huge thank Jennifer Howze and Susanne Scott and the rest of the team for putting on such a great event.