I helped to organise the Digital Summer Party that took place last week and I wanted to look at the tweets over the course of the day and also the evening.  The #DigitalGrowthDay took place at the Google Campus and we had over 80 people attend. We had 18 workshops during the day which covered a wide variety of subjects. Analysing the tweets over the day, there were some interesting facts:

There were 186 tweets sent and there were 3 tweet per contributor. The tweets had a reach of 74,360 which is great to any brand sponsoring the event.

Looking at the tweets over the 5 days, most of the tweets around #DigitalGrowthDay took place on Thursday as to be expected. Since the event, the number of tweets has reduced. 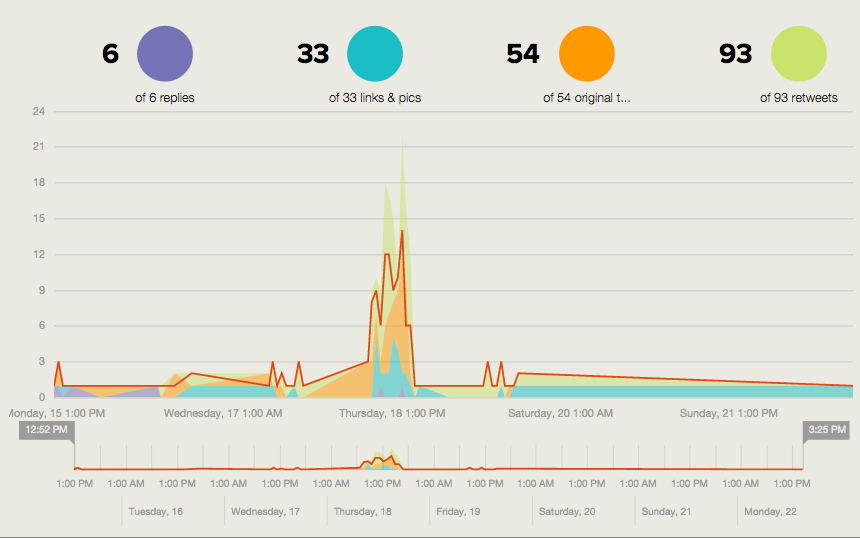 Tweetbinder also analysed the Twitter profiles and separated them out into: 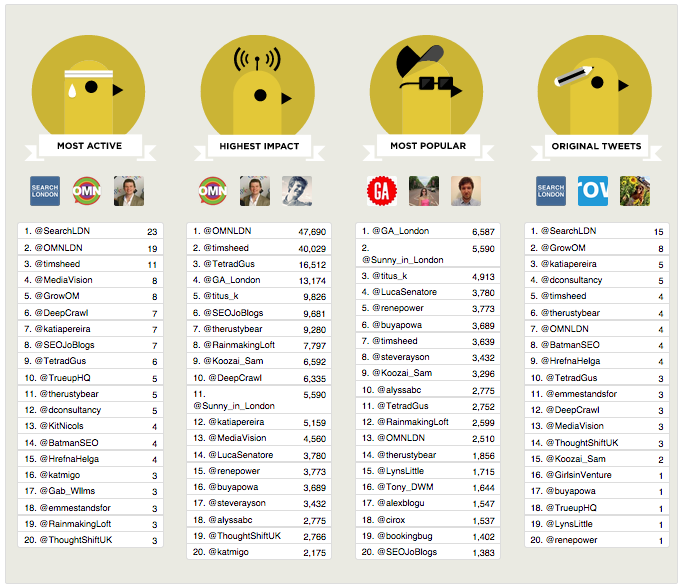 There were over 200 more tweets for the #DigitalSummerParty which is to be expected as there were 650+ people attending the evening event. The impact therefore was greater at 1,852,189 and the reach was 668,580.

Tweetbinder shows the number of original tweets, photos and retweets.  More than half of the tweets analysed were retweets.  This shows that people like to share other people’s news/comments and pictures.

Looking at the activity for #DigitalGrowthDay, the Twitter profiles that was Most Active was OMNLondon, followed by @SearchLDN. The profile with the most Original Tweets was @SearchLDN followed by @LukaszZelezny who was the third most influential in Hannah Thorpe’s BrightonSEO analysis post. The key note speaker from the #DigitalSummerParty, @Jmacdonald had the highest impact on the night. 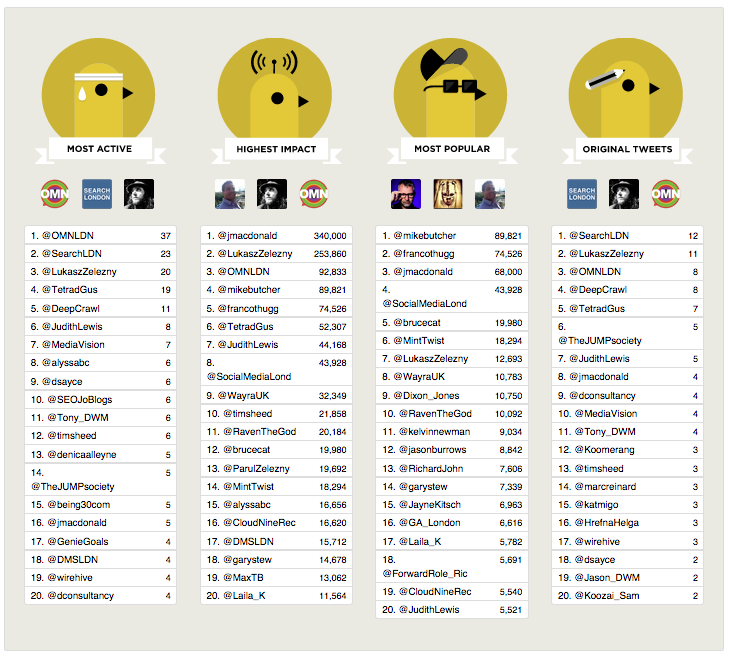 As Hannah already mentioned in her post, Tweetbinder is a great tool for analysing tweets. It also shows the power of the tweets and their influence.  If you were a sponsor at the #DigitalSummerParty, your brand had massive exposure to key influencers in the digital and tech industry.

Thank you everyone for coming to #DigitalSummerParty and the #DigitalGrowthDay.  If you attended my “5 Ways to Make SEO Work on a Budget”, get in touch and I will share the presentation with you.

Watch this space, the next Search London event will be announced soon.